“One by one and in loose bunches the Black Lions stumbled out from the trees and into the sunlight of a marshy clearing near the draw cutting along the eastern edge of the jungle. Fresh troops in clean uniforms were moving toward them, on the way to help.”

They Marched into Sunlight

The epic story of Vietnam and the sixties told through the events of a few gripping, passionate days of war and peace in October 1967. They Marched Into Sunlight brings that tumultuous time back to life while exploring questions about the meaning of dissent and the official manipulation of truth, issues as relevant today as they were decades ago.

In a seamless narrative, Maraniss weaves together the stories of three very different worlds: the death and heroism of soldiers in Vietnam, the anger and anxiety of antiwar students back home, and the confusion and obfuscating behavior of officials in Washington. To understand what happens to the people in these interconnected stories is to understand America’s anguish. Based on thousands of primary documents and 180 on-the-record interviews, the book describes the battles that evoked cultural and political conflicts that still reverberate. 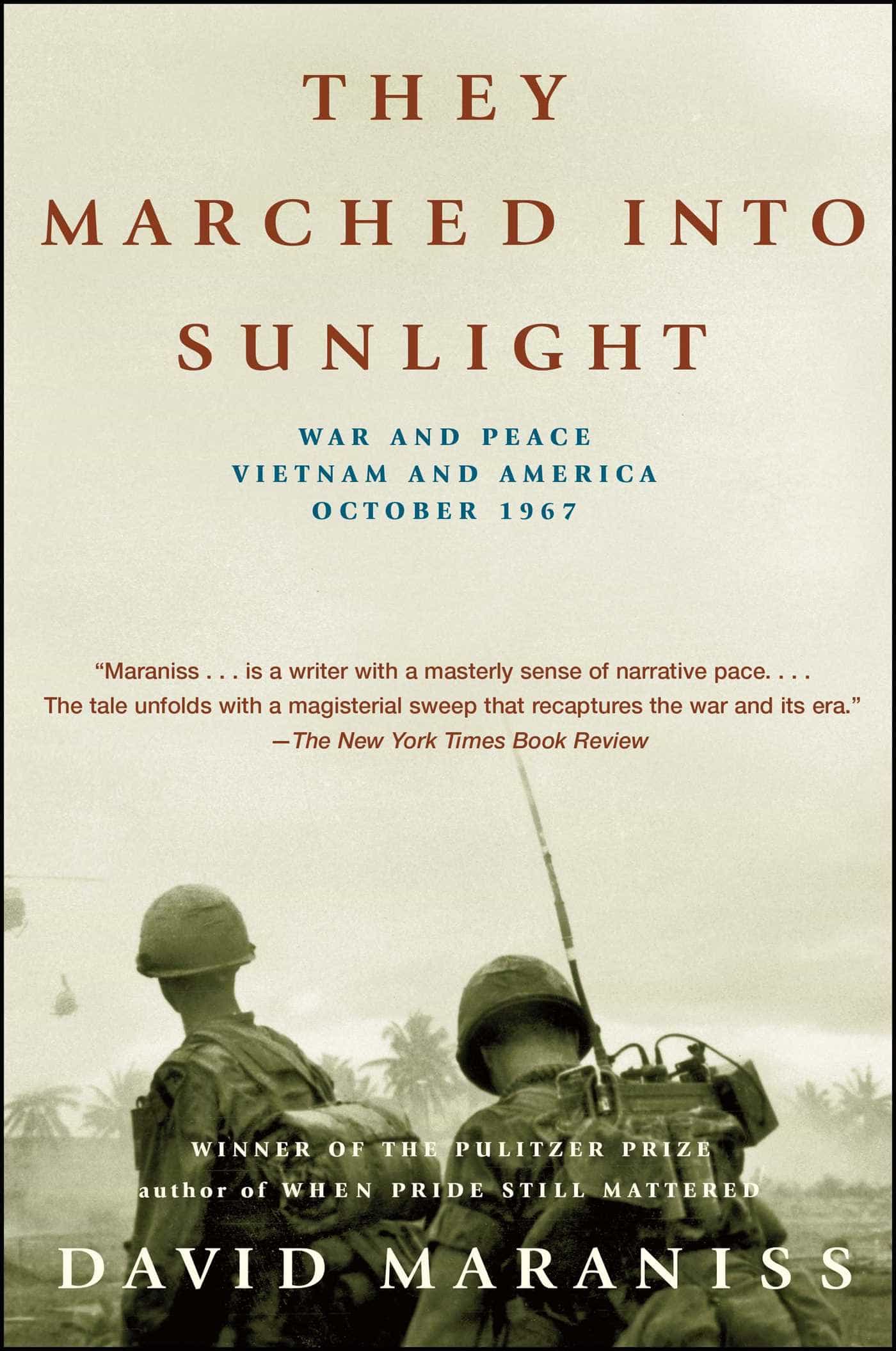 The soldiers reported one by one and in loose bunches, straggling into Fort Lewis from late April to the end of May 1967, all carrying orders to join a unit called C Packet. Not brigade, battalion, or company, but packet. No one at the military base in Washington State had heard of C Packet until then. It was a phantom designation conceived by military planners to meet the anxious demands of war. The early arrivals were billeted on the far northern rim of the army base in a rotting wooden barracks with flimsy walls known derisively as “the pit.” Many of them checked in at night after long flights and bus rides from forts in Louisiana and Texas or home leaves in the Midwest, and for the morning sunlight revealed an ethereal vision. Out the window, in the distance, rose majestic Mount Rainier. But after gaping at the snowcapped peak, they had little to do. Some were attached temporarily to an engineering battalion, the 339th, but they had no duties. A captain named Jim George, trim and handsome, a marathon runner fresh from the Eighth Infantry Division in Germany, led them through morning calisthenics and long-distance running, which was a drag except for the sight of flaccid lieutenants wheezing and dropping to one knee.

They Marched Into Sunlight: Chapter One